For whatever reasons the following script in vcvars32.bat was attempting to detect the key in order to be able to run the compiler, but the key was never installed. This is a blank slate installation of WinXP with compiler tools so there isn’t a reason for the key not to be deleted off as one of the StackOverflow answers suggested.

The way to resolve the issue is to enter the key manually using regedit.exe 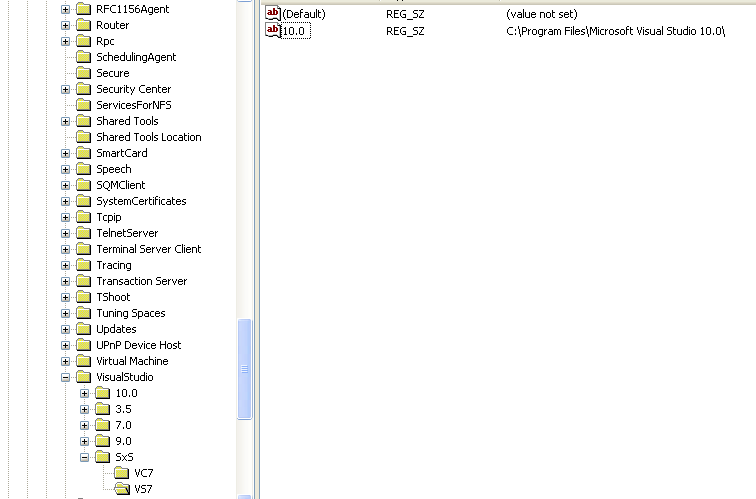